Imagine a feed of updates from your family members—your brother announcing that he’d landed on his work trip, a video of your niece learning to walk, a location cursor on a cousin backpacking through Europe—all attached to a messaging capability that threads conversations, and all restricted to the members of your group (12 is the current maximum).

Now your family has a way of sharing what they want to when they want to. In November, an app that had just announced its launch on Twitter: Cocoon, founded by two former Facebook employees, Alex Cornell and Sachin Monga.

Cocoon is one of a new wave of apps aiming to change the way we interact on social media. These new platforms don’t encourage you to accumulate likes or followers or require that you diligently craft an online persona. Instead, they want you to connect with a small, curated group of people, and that’s it.

Apps like Dex, founded by Kevin Sun, often make use of an old business standby, customer relationship management (CRM) software. CRMs are reliable and bland, akin to an Excel spreadsheet: they’re used to log the name of contact alongside other relevant information, like birthdays, quirks, or passions.

“I was one of those people that had a spreadsheet for my friends and personal relationships,” says Sun, the founder of Dex, a personal CRM that its website claims “gives you relationship superpowers.”

There’s also Monaru, founded by three Irish students who felt unmoored when they left college and came to the US. It employs a virtual concierge to help members remember birthdays, sending reminders to buy gifts or call a relative.  Patrick Finlay, a cofounder, tinkered with Excel and set up reminders to call his loved ones but found that intertwining his personal and professional lives was “weird.” Instead, for a fee, Monaru pings you every so often if the app notices you haven’t called a close friend or loved one.

But if Dex and Monaru are trying to redefine the CRM, Cocoon wants to redefine social networks—and that’s a much bigger task.

The current social-media model isn’t quite right for family sharing. Different generations tend to congregate in different places: Facebook is Boomer paradise, Instagram appeals to Millennials, TikTok is GenZ central. (WhatsApp has helped bridge the generational divide, but its focus on messaging is limiting.)

Updating family about a vacation across platforms—via Instagram stories or on Facebook, for example—might not always be appropriate. Do you really want your cubicle pal, your acquaintance from the book club, and your high school frenemy to be looped in as well?

“Social media treats everyone—a friend, a family member, an acquaintance—the same,” says Courtney Walsh, a lecturer in human development and family sciences at the University of Texas who consulted for Cocoon. “I would argue that what we are doing is impersonal on social media.”

Cocoon aims to change the way we share. It launched on Thanksgiving, with more than 10,000 users signing up from 163 countries that week, according to Monga. Everything you post stays within the group. The app is its own small world: a feed is the home screen, greeting users with updates since they last signed on; messaging capabilities include threads to help corral conversations. Photos, videos, and links are shared in a “vault” that all members can access.

“We don’t track time spent, which is a pretty common goal to optimize for,” Cornell said. “We don’t care about that. The whole point is that you should be able to check-in and want to connect with it. I want them [users] to have the warm fuzzy feeling, versus the crippling anxiety of logging on to Twitter.”

People are hesitant to download yet another app but Cocoon’s promise that it wouldn’t sell his private information to a third party. While it is free for now, Monga and Cornell say they eventually intend to monetize the app by selling subscriptions, no ads.

“They seemed to be making the pitch that they wanted this to be a private, protected, secure place,” says Muirhead.

Kate Eichhorn, an associate professor of culture and media at the New School and author of The End of Forgetting: Growing Up With Social Media, has a name for this second wave of post-Facebook social media: micro-networks.

To Eichhorn, it’s only natural that the past decade’s data missteps have created a desire for smaller, better-defined networks. In fact, young people already create their own version of this using current social-media apps.

“Tweens and teens are very aware of reputation management,” she says. “They already are creating micro-communities on Facebook and Instagram. They’re looking for other places to do that.”

How the subscription-supported business structure is received could be key to the success of apps like Cocoon. Eichhorn said she’d be interested to see how that plays out after almost two decades of free social media accessible to anyone willing to hand over personal data. People aren’t used to paying.

“Are people concerned enough about privacy to actually let go of the idea that these platforms should be free?” she says. “Will they subscribe to gain their privacy back?”

The other big question is: Does it work? Does using an app actually make you feel closer to your family?

“Trust breeds authenticity,” says Miriam Kirmayer, a clinical psychologist and friendship expert. “It’s much easier to share the less curated parts of our lives when we feel accepted for who we really are and are less fearful of perceived judgment or rejection.”

Cocoon is a new app with a fairly small set of users, and that means bugs. The messaging isn’t always smooth, either: chat defaults to photos over text, which made it annoying to use for the Muirhead family during dad Jim’s recent medical emergency. The family got so frustrated and annoyed by the double-tapping that they just switched over to WhatsApp.

Still, such micro-networks and the control they offer might redefine how we think about and use social media in the next decade, whether it is Cocoon or another app that follows in its wake.

“In the tech world, people crash and burn quickly, but the idea of these controlled micro-communities is something that will persist,” Eichhorn says.

Mobile app development companies are also started working on such applications. Intelliar is one of them.

This story has been published from MIT Technology Review feed without modifications to the text. Only the headline has been changed. 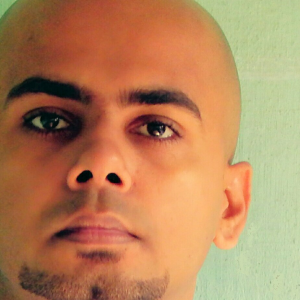 Aswani K Singh is a Business Developer who helps startups and entrepreneurs to identify their business objectives and plan out the execution strategy.